The Importance of the Me Principle for Jury Strategy (or Those Darn Millennials!) 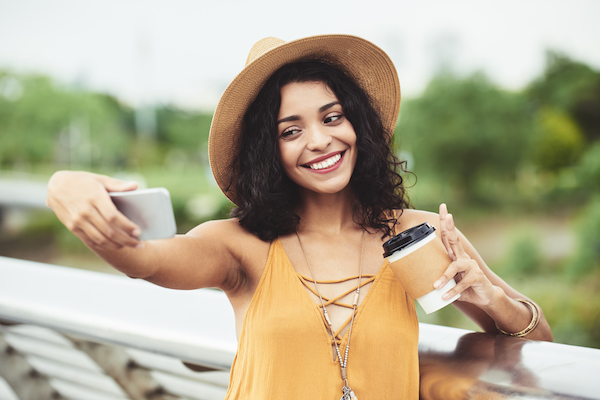 Sadly, research on cultural changes in America over the past few decades show that we have become more of a narcissistic culture than ever before. Jean Twenge, professor of psychology at San Diego State University, wrote the following in an article in Time magazine:

“Here’s the cold, hard data: The incidence of narcissistic personality disorder is nearly three times as high for people in their 20s as for the generation that’s now 65 or older, according to the National Institutes of Health; 58% more college students scored higher on a narcissism scale in 2009 than in 1982. Millennials got so many participation trophies growing up that a recent study showed that 40% believe they should be promoted every two years, regardless of performance. They are fame-obsessed: three times as many middle school girls want to grow up to be a personal assistant to a famous person as want to be a Senator, according to a 2007 survey; four times as many would pick the assistant job over CEO of a major corporation. They’re so convinced of their own greatness that the National Study of Youth and Religion found the guiding morality of 60% of millennials in any situation is that they’ll just be able to feel what’s right. Their development is stunted: more people ages 18 to 29 live with their parents than with a spouse, according to the 2012 Clark University Poll of Emerging Adults. And they are lazy. In 1992, the nonprofit Families and Work Institute reported that 80% of people under 23 wanted to one day have a job with greater responsibility; 10 years later, only 60% did.”

Some take the “kids these days” approach and attribute this to the millennial generation. Some go beyond generational differences and suggest technology and social media in particular may have played a significant role in this. Regardless of why, there are a variety of studies that have corroborated this finding of substantially increased narcissism. But what does this mean for jury decision-making and courtroom presentation strategies?

From what I have personally seen in mock jury deliberations over the past few years, this narcissism is certainly influencing the deliberation room. More than ever before, jurors are making the case about themselves when they discuss it in deliberations. Jurors routinely accept or reject evidence and testimony based solely upon whether or not it is consistent with what they have experienced in their life. They also fill evidentiary gaps with things that are “true for them.” Jurors routinely reject, discount, or completely ignore evidence that goes against what they want to believe about the world, offering little explanation along the way. In many instances, it is akin to the “fake news” declaration that is used more and more in contemporary politics.

Underneath all of this, what I am seeing is that, more and more, jurors ultimately want to talk about themselves in deliberations, which means the entire case gets filtered through this narcissistic view of the world. In other words, jurors’ discussions of cases in deliberations become expressions of who those jurors are. Often the most motivated (and vocal) jurors are the ones who can espouse their own world views through the framework of the case, while the least motivated (and least vocal) jurors are the ones who do not seem to have any way of expressing their own personal identity through the discussion of the case.

The implication seems to be that attorneys should adopt case theories that allow jurors to express their identity when they argue in deliberations. In some respects, this may not seem like a particularly new idea when you consider that philosophers argued for the importance of audience-centered communication a couple thousand years ago. However, this new phenomenon is a bit more nuanced. The key question is about how you craft a case theory that allows a juror to express his or her identify in a gratifying way in deliberations? How does the case become a springboard for self-expression in the deliberation room, which seems to be the key to getting motivated and vocal jurors in this day and age? How does the presentation of an issue in the case allow your motivated advocate to show off who they are in deliberations?

For starters, this means it is more important than ever to understand the common personal experiences and attitude of your jury pool.

It also means that attorneys need to take a slightly different approach to thinking about how to present each argument or issue. Rather than just asking if it is persuasive, attorneys need to think about how a juror gets motivated and how he or she will realistically talk about that argument or issue in deliberations. Why would a juror want to talk or argue about the issue? The Me Principle says that a juror is more likely to want to talk about it if they can relate it to their life or if they think they can provide some higher level of understanding (i.e., they believe they have some knowledge or an experience that makes them an “expert”). In short, how is that argument or issue really about them?

The fact that the argument or issue may have an important role in the case does not necessarily mean they want to talk or argue about it and actually will. Perhaps one of your advocates stays silent and lets others control the discussion on that issue because it is just not that interesting to them or because they have no way to make it personal.

The primary point is that the Me Principle is likely having a substantial affect on deliberations. More and more, jurors are making the case all about them, so how do you steer them in the right direction so that as they talk about themselves, they are advancing your core themes and arguments?