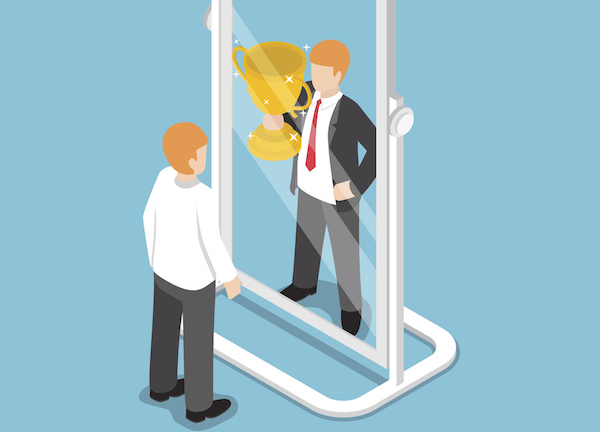 Confirmation bias refers to when people accept or reject evidence based upon what they want to believe as opposed to basing it on the actual merits of the evidence. In some ways, it is a psychological survival mechanism tied to our beliefs about how the world works. Challenges to these beliefs can cause a great deal of chaos and stress, so our brains are, essentially, pre-programmed to seek out evidence that reinforces those beliefs, while minimizing, explaining away, or outright rejecting evidence that challenges them. In fact, this explains the siloed media we have today where people tend to pick which news channels to watch based upon their political affiliation.

For lawyers, confirmation bias can be a significant problem at trial, especially when the first impressions favor the other party. As Nobel prize-winning psychologist Daniel Kahneman notes, “The sequence in which we observe characteristics of a person is often determined by chance. Sequence matters, however, because the halo effect increases the weight of first impressions, sometimes to the point that subsequent information is mostly wasted.” In other words, first impressions at trial often shape how jurors perceive the subsequent evidence and testimony at trial. A poor first impression of the defendant will likely lead jurors to place greater focus and emphasis on evidence and testimony that reinforces the negative view of the defendant and vice versa.

Unfortunately, attorneys cannot always control first impressions. For example, the very structure and order of the trial means that the plaintiff goes first, which according to the research, gives plaintiffs an advantage. Regardless of the reason, there are a variety of effective strategies for battling confirmation bias and undesirable first impressions in litigation. Here are four basic strategies:

1. Ground your case in something your jurors want to believe. If the problem is that beliefs prevail over facts, it is critical is to establish an alternative narrative that jurors want to embrace. Lawsuits have many layers, each of which provide opportunities for alternative value frameworks. In fact, it is possible for both sides to present stories and values that jurors want to embrace. A plaintiff may focus on corporate greed and the pattern of large corporations putting profits over public safety. The research shows that this is a common narrative that jurors embrace. However, jurors also tend to believe that too many people file lawsuits to get money they do not deserve and that not enough people accept accountability for their choices and actions. These are just few generic, but competing examples that show how every case presents opportunities for both sides to ground their case in something jurors want to believe.

2. Put the time in on your opening statement. While the reasons may vary, the simple truth is that most attorneys fail to put adequate time into developing and practicing their opening statement. I regularly hear attorneys tell me that a brief is not worthy until its 6th or 7th draft, yet the same practice is not applied to opening statements. First impressions are critical. You cannot win your case in opening statement, but the evidence shows that you can certainly lose it. It is so critical that opening statements are organized, crystal clear, and ordered in such a way that credibility and believability are firmly established in the first five minutes before the temptation for jurors to daydream or mentally check out kicks in.

3. Eliminate ambiguities. Ambiguities provide an easy path for jurors who want to embrace one party’s narrative over the other. Research in psychology tells us that ambiguities are the easiest to interpret in ways that fit with what jurors already want to believe. Making this problem worse, research also shows us that attorneys are very likely to overestimate the effectiveness of their communication on jurors’ understanding of key issues. The key is to break down each issue into its simplest elements and then show how those elements relate to the decision-making framework that jurors should use in the case. You may remember Venn diagrams from a class you took in college. This is basically what attorneys should do with their arguments at trial. In fact, using graphics to do so can be particularly effective.

4. Repeat the counter-message. Repetition breeds familiarity, and research has consistently shown that people are more like to embrace and believe things that are familiar. This is the cornerstone of marketing and advertising. When someone who knows nothing about plumbing has a plumbing problem, they are most likely to call the company whose name they recognize. That recognition/familiarity makes that company seem like the best company to call. In fact, some research shows that people are significantly more likely to believe patently false information after they have heard it repeatedly. Consequently, it is important to repeat your counter-message or framework over and over again.