The Myth of Juror Rehabilitation 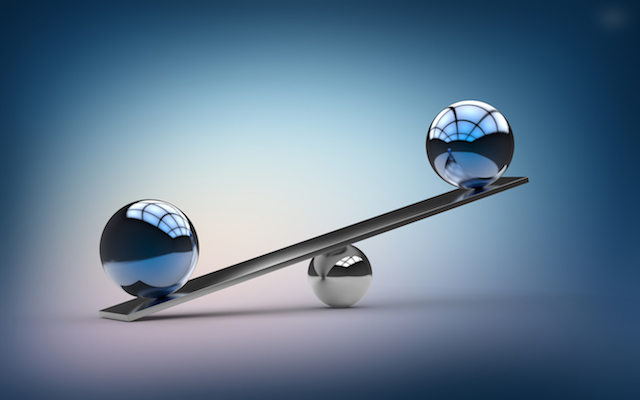 Protests, COVID, health care, stimulus package, Trump, news (fake or otherwise), monuments, and on and on and on. This country is more divided than ever on nearly every subject. A recent PEW research poll conducted between July 13-19 shows that one’s political leanings (e.g., their political opinions) are an important factor for determining their beliefs about the severity of COVID with 85% of those Democrat or leaning Democrat believing it is a major threat to the health of the public, versus only 46% for those Republican or leaning Republican believing it is a major threat. My colleague Tom O’Toole recently wrote about how one’s personal experience with COVID is also an important factor for how serious they think the virus really is. This combination of experiences and opinion shape how people think and, more importantly, how people act. Research on attitudes and behaviors shows that attitudes predict behavior nearly 70% of the time (Kraus, S.J., 1995). We don’t like to use the “B” word, but one’s opinions and experiences are really just a “nicer” or less “judgmental” way to talk about bias. I’m sure we’ve all heard someone say – or we’ve said something ourselves that sounds like this: “I’m not biased, I just strongly believe….”

Uncovering people’s pre-existing attitudes and experiences – their BIAS – is critical during jury selection. Rooting out bias by giving potential jurors the opportunity to express their views without recrimination, is crucial. Yet, courts continue to deny this basic understanding of human nature by sticking with a jury selection system that is often quite detrimental to the concept of a “fair and impartial” jury.

The subject has been on mind lately as I observe people’s responses to current events. I, too, have needed to check my own opinions and I’m constantly reminded that I, too, make snap judgements based on tidbits of information. It’s never been more obvious that people’s opinions are nearly intractable.  People have biases, both implicit and explicit, and people will view your case and then make a decision based on those biases. Yet, most courts have done little to address the problem, instead clinging to outdated notions that attorneys don’t need a lot of time for voir dire (e.g., it’s time consuming and wasteful), and that a judge’s admonition to “follow the law,” or “listen to my instructions,” or that a judge’s solicitation of the magic phrase, “I can (I think, I’ll try to) be fair (?)” is enough for juror to ignore their own world view that is based on years of experience and a strong adherence to particular beliefs.

While we have written extensively on effective attorney voir dire tactics, and Tom has even co-authored a book on the subject, in this blog I want to address one aspect of voir dire that continues to be a major obstacle to eliminating bias in the jury box: the so-called “rehabilitation” of jurors. I’ve been thinking about how nonsensical this notion is while watching two groups debate several issues on which they were never going to convince the other side. I’m sure you’ve seen these debates, maybe even participated in one a time or two. Imagine saying to the other side, “Ok, I recognize you feel very strongly about this issue, but if I asked you to be fair and not let that opinion influence how you think about this other issue, you could do that right?” This is essentially what happens thousands of times in courtrooms all across the country.  Full disclosure – not just by judges, but by attorneys as well. We have a list of questions we share with attorneys when they need to rehabilitate a “good” juror and it is quite effective. Often opposing counsel will need to use a peremptory strike on the juror instead of being able to successfully argue that a cause challenge is warranted. However, this doesn’t mean that the tactic is good for the jury system. I’d gladly give up the number of times we’ve successfully implemented the strategy for never having it used against us, most notably by a judge who should, at their core, want to rid the panel of bias.

So, what can you do?  Depending on your case, specifically the number and strength of pre-existing biases (e.g., attitudes and experiences) that will negatively impact a juror’s ability to fairly evaluate your case, you should consider doing whatever you can to educate the judge about the ineffectiveness of “rehabilitation.” Yes, this will likely be easier said than done, but hopefully, especially now, judges should be better primed to understand that getting people to set aside opinions and experiences, aka their bias, is nearly impossible. No amount of rehabilitation is going to do the trick, partly because most people do not understand and cannot acknowledge how much their biases actually affect their behavior.

While some research suggests that calling attention to a bias and providing motivation to ignore (or lesson) the bias can be effective, there should be a huge asterisk next to those findings. Yes, over time, with repeated acknowledgment of a bias, and given an impetus to change, one can form new opinions and behaviors, but in a courtroom those things are not possible. Instead, research shows that getting someone to acknowledge their bias, and confirm that they will not act in accordance with that bias, can actually lead to that bias having a stronger effect. One researcher called it a “credentialing” effect: “Research has demonstrated when people are given the opportunity to act in a way that is not prejudiced, they are actually more likely to subsequently act in a prejudiced way relative to those who are not given the ‘credentialing’ opportunity because that first act of impartiality provided moral cover to express prejudice later on” (Efron, D.A., 2009).

Analyzing what happens in a courtroom, one can see the futility of trying to rehabilitate a juror. Studies have shown that jurors are more likely to be candid and remain consistent with their expressions of opinions during attorney questioning rather than during judge questioning most likely because they do not feel the same pressure to “give the correct answer” or the “socially acceptable” answer to the attorney (Jones, S., 1987). Some studies found that attorneys also do a better job at putting jurors at ease, allowing them to more freely express their opinions. So, you have a situation where a juror felt free enough to express a bias, then the judge, with all of his or her authority, steps in and starts to lecture the juror about the need to be “fair,” the need to “listen and follow the court’s instructions,” to “not make a decision until they’ve heard all the facts,” because to do so would be “unfair,” and “you don’t want to be unfair, do you?” Most jurors will eke out some kind of tepid, “I think I can be fair,” response. But will they? The answer is obvious.

Studies specifically related to the courtroom have shown that instructing jurors to ignore their bias can actually lead to more reliance on those biases. It’s very similar to studies that have found jurors do not have the ability to ignore evidence after they have been told to do so by a judge – often that evidence becomes even more salient since it has now had a spotlight placed upon it (Steblay, N., 2006).

Recently, researchers conducted a test on a variety of factors related to voir dire in civil cases, one being the effect of rehabilitation. Their study found “Paradoxically, jurors who were exposed to judicial rehabilitation reported significantly less bias awareness when they were exposed to judicial rehabilitation…than when they were not…This relatively small effect suggests that if rehabilitation has any impact at all, it blinds jurors to the role that their biases are playing in decision-making. This may occur because the rehabilitation procedure provides jurors with a false sense that whatever biases they acknowledged and promised to put aside are no longer tainting their considerations of merits of the case before them.”

This study by the University of Denver Sturm College of Law (Campbell, et al., 2020) provides solid support for eliminating judicial rehabilitation tactics. While judges will likely be worried that jury selection will now take longer and more jurors will need to be called, the need for an unbiased jury should outweigh those concerns. At the very least, you’ve raised the issue, so should there be problems later, you have built a solid record.

I’ll leave you with the studies final conclusion on this issue: It should be put on a laminated card and handed out in every courtroom: “Rehabilitation does not work. If anything, the jurors who say they can set aside bias are more likely to be blind to the role that bias plays in their future fact-finding”