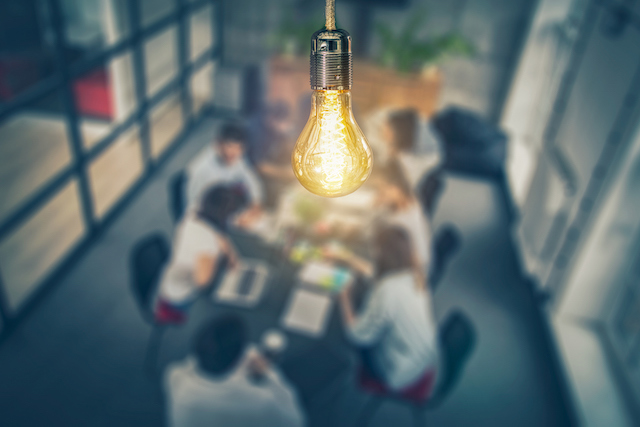 One of the most important sayings in our industry is that a verdict is a product of what jurors choose to talk about and focus on most during deliberations. Focus in deliberations is zero sum. If jurors are talking about one thing, they are not talking about something else. Every case has several different focal points, and those focal points tell different stories about the case. Think about the example of the film Rudy about Rudy Ruttiger, the kid who desperately wanted to play football at Notre Dame. We could focus on the game itself, which tells a different story because of the fact that the game he played in was largely a meaningless game and the game was already over in terms of score by the time he entered the game. If we focus on the game, few powerful values emerge and it’s a story that no one would want to watch a movie about.

But if we focus on Rudy and his story of struggle, we get a very different kind of story. We get an underdog we can root for and a story of triumph that is hard to forget. In both of these situations, the facts are the same, but what we focus on to make sense of those facts changes.

This is why it is so important to think about your focal point before you do anything else in your case. What is it you want jurors talking about most in deliberations? What focal point creates the most momentum for you in deliberations? Once you answer these questions, you can develop your themes and story.

One other thing that we know about focus is that you rarely ever want the focus to be on you or your client in deliberations. Focus becomes critical over time. The longer we spend focused on something, the more critical we become. The more problems we start to notice. This is why in relationships, they say distance makes the heart grow fonder. In deliberations, if jurors are going to spend hours or days talking about something, it is not going to consist of hours or days heaping praise on what they are talking about. That just doesn’t happen. Instead, the more they talk about something, the more they will become critical of it, and the more momentum will work against it.

In my own experience, I have seen plaintiffs struggle with this question of focus more than defendants. Too many plaintiff attorneys make the case about their client. The idea is to tell the horrible story of what their client went through and generate tremendous sympathy for their client.

The plaintiff wants the focus on the defense, and needs to choose themes and principles that are consistent with that focus. The most effective themes for plaintiffs are things like broken promises, profits over safety, David v. Goliath, etc. Each of these boil down to the idea of the offensive act, which is something terrible that the defendant did. But it doesn’t stop there. The offensive act needs to be grounded in a pattern of conduct. Patterns of conduct are critical because patterns of behavior tell us something about people or corporations. Patterns tell us about what is important to them and what matters most.

But most important, tying the offensive act to a general pattern of conduct on the part of the defendant makes the case a referendum on how the defendant operates. This is the space that plaintiffs want to be in. This is what fuels anger and frustration, and it is why I said earlier that the actual plaintiff is only a footnote in the story of the case. Plaintiffs want jurors to see the injury to the plaintiff as the natural and foreseeable outcome of the defendant’s general pattern of behavior. In these situations, jurors see the verdict as an opportunity to change the defendant’s conduct, which will result in a much large damage award than mere sympathy for the plaintiff.

Similarly, in the majority of the cases, the defense should shift the critical focus back to the plaintiff. That’s why the core theme in most defense cases is the irresponsible decision-making by the plaintiff. The defense wants to tie what happened to pattern of poor decision-making by the plaintiff. The classic and most persuasive defense themes and principles are abuse of the justice system, responsibility and accountability. The first one, abuse of the justice system, is what taps into the common tort reformer principles. These themes may focus on the plaintiff exaggerating his or her injuries or filing a lawsuit simply because he or she saw an opportunity to make some money they do not really deserve.

The other two principles are responsibility and accountability. It is hard to overstate the effectiveness of these principles. They work in just about any litigation type and any part of the country. For example, here’s an interesting finding from a large national survey we conducted on employment litigation. In this study, 78% of respondents agreed with the statement that too many employees make excuses for their poor performance in the workplace rather than accepting accountability for it.

Here’s another finding from a national survey we did on trucking accident litigation. In this study, 77% agreed that truck drivers are often the victims of other drivers on the road making poor decisions when driving near trucks.

And here’s one more from a national survey on product liability cases. In this study, 66% said most injuries caused by products are the result of user error or misuse rather than a product defect.

I could go on and on with examples from different litigation types, all showing the same tendency of jurors to gravitate towards the plaintiff’s questionable decision-making if given the opportunity to do so.

The key to effectively shifting the focus to the plaintiff is tying the questionable decisions or actions directly to the case. Too often, defendants try to attack the plaintiff on issues that are not germane to the case, which can significantly backfire. If the jurors do not understand how the issue directly relates to what happened in the case, they will see it as a baseless attack that is indicative of how the company does business, which can reinforce the plaintiff’s theme.

On this same note, it is not always possible to shift the critical focus to the plaintiff. In some cases, the plaintiff did nothing wrong. In these instances, the defendant should look for the opportunity to identify a common enemy. In one case we worked on involving some medical technology that had saved thousands of lives, but caused problems with the plaintiff, we focused jurors on the epidemic of heart disease and how it has become one of the top two killers in the United States. This created a context that reinforced our technology as a critically important contribution to a healthcare field desperate for answers. In short, we made the epidemic of heart disease the common enemy, which helped shift the focus away from us.