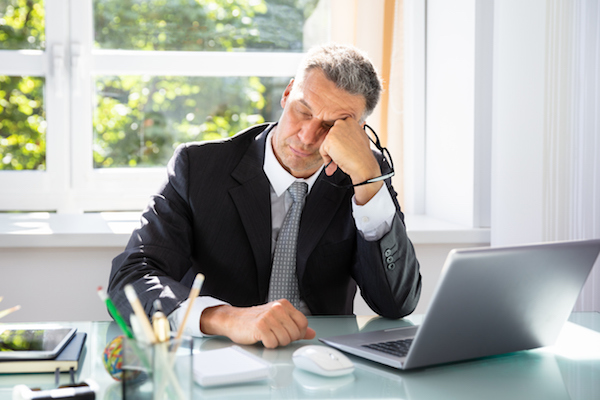 Each year in the United States, juries award billions of dollars in damages to plaintiffs. In 2014, a jury in Florida awarded $23.6 billion to a single plaintiff. There are two possible explanations for these extraordinary numbers. First, for a variety of reasons, defense attorneys are often forced to take unwinnable cases all the way to trial. In these situations, they do the best they can, but cannot avoid the inevitable.

The second explanation is that defense attorneys are failing in some way to adequately try their cases. This is not intended to give insult to defense attorneys. In fact, it’s an overdue acknowledgement of the overwhelming burden that is placed at their feet. While the typical plaintiff’s case has a natural story and appeal that insulates it from even the most unskilled plaintiff attorneys, convincing a judge and jury to embrace a defense theory requires a delicate dance down a path that is fraught with danger at every turn.

Over the sixteen years that I have been in practice as a jury consultant, I have been fortunate enough to have defendants from around the country, ranging from individuals to Fortune 50 corporations, invest millions to have me watch and analyze hundreds of mock juries, shadow juries, and actual juries (the latter through in-court observation and post-trial interviews). This kind of experience leads to the inevitable observation of common sources of failure for defendants as well as their fixes. While cases vary, the underlying sources of failure are often the same.

Here are the six common sources of failure I have seen in my jury research:

1. The failure to earn the right. The hardest thing about being a defense attorney is having to go second. You don’t get to stand up and just start persuading. Jurors get to hear the sad story from the plaintiff first, often sympathetic and compelling. The result is that you are left in a position where you have to earn the right to have the jurors believe you. You have to earn the right to draw conclusions about evidence. You have to earn the right to get aggressive with a witness. If you fail to do so, these strategies are at best ineffective and at worst, risk significant backlash. Defense attorneys earn the right by quickly and efficiently proving something meaningful to jurors. Quickly proving something meaningful about the case makes you credible and results in jurors being more open to your theory of the case. Otherwise, you are simply asking jurors to “take your word for it,” which a variety of statistics suggest they are not inclined to do.

2. The failure to spot the referendum strategy. Reptile is a very popular plaintiff’s strategy that has, ironically, struck fear in many defense attorneys across the country. However, in most cases, there is no reason to worry about Reptile, which essentially tells plaintiffs’ attorneys to create fear amongst the jurors that they could be victims just like the plaintiff. The problem is that jurors rarely experience such fear and instead, are more likely to differentiate themselves from the plaintiff (i.e. “I wouldn’t make that choice”), meaning they are unlikely to imagine themselves in similar circumstances. The strategy that defense attorneys should actually be afraid of is the referendum strategy, which relies on anger and frustration rather than fear. The referendum strategy is where the plaintiff attorney casts a broad net over the business of the defendant and focuses on creating the impression among jurors that the business is poorly run, disorganized, and ripe for the kind of tragedy that happened in the case at hand. The goal is for jurors to see the case as a referendum on how the defendant does business. This allows the plaintiff to functionally sidestep the specific burdens on his or her specific theory of the case. If jurors do not like the way the defendant conducts its business, they will give the plaintiff substantially greater leeway on things such as the burden of proof, the broadness of the legal claims, etc. They will piece things together and fill in gaps to render the verdict they are motivated to render. This is particularly dangerous because this kind of anger and frustration turns into a verdict that is designed to “send a message” rather than a verdict intended to compensate the plaintiff.

4. The failure to adequately prepare key witnesses. We all know jurors take shortcuts, but one of the most common shortcuts that is not discussed enough is the symbolic role of key defense witnesses. Key defense witnesses, mainly the representatives, tell jurors something about the defense. They tell jurors what kind of company it is. For example, in a medical malpractice case, the jurors watch and listen to the doctor on the stand and ask themselves if he or she seemslike the type of doctor that would commit the alleged malpractice. If the answer is yes, jurors will not let evidence to the contrary serve as a hurdle. Unfortunately, these key witnesses often enter depositions and/or the courtroom under-prepared. While we all accept that practice is the key to getting better at anything, this rule is often not applied to testimony. Key defense witnesses are not given the chance to practice and, as I like to say, fail in a safe environment where they can learn from their mistakes. Sitting in a conference room and talking with the witness about the case for several hours does not suffice. A few hours of practice is essential.

5. The failure to connect the issues in direct and cross. Cross-examination is so often the land of lost opportunity. It’s where defense attorneys make a point without really making a point. The deep knowledge of the case and all of its relationships that come with months or years of discovery too often results in a failure to clearly connect the dots for jurors. In every shadow jury I have ever conducted, I have received feedback that, while it seemed like an attorney was trying to make an important point in direct or cross, the shadow juror had no idea what that point was. This happens because many defense attorneys fail to adequately sign-post and ask summary questions during direct and cross to make the point crystal clear to jurors.

6. Selling the case in voir dire. Primacy theory is important in many contexts, but not in jury selection. There is no research that supports the common contention that jurors are persuaded in voir dire. They lack the necessary context and, at this stage, are still just trying to figure out what is going on. Selling your case in voir dire wastes critical and limited time to accomplish the only thing you actually have control over: removing biased jurors from the venire. Furthermore, efforts to persuade only reveal your “good” jurors to the plaintiff’s attorney, who can then use peremptory strikes to eliminate them from the venire. Additionally, in litigation, negative attitudes and experiences are much more predictive than positive ones. In other words, focusing on your high-risk jurors will yield much more reliable results than focusing on your “good” jurors, which is what happens with attempts to persuade.