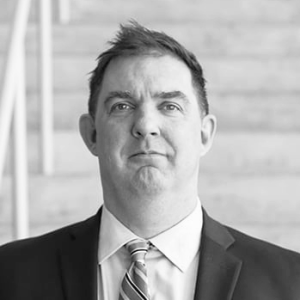 When I joined Sound Jury Consulting 5 years ago, I entered with a unique background – I am a college debate coach. College debate is a high-speed, research-oriented, game of words that operates a little like verbal chess. Teams present and apply arguments about complex public policy questions to persuade a judge they have the best idea, and thus win the debate. As I settled into my role with Sound Jury Consulting, I realized the skills I’d honed as a debate coach for two decades were immediately applicable to my work as a trial consultant. While debate is a game, and a trial is anything but, many of the techniques I’d employed to help college students win debates were helping our clients create winning strategies at trial.

Simple as it may sound, these basic, but effective coaching tips can help assess strategy more effectively and improve the impact of that strategy on jurors. Here are just a few of the things college debate taught me about jury consulting.

1. Attack assumptions. Often the weakest and least well-defended part of an opponent’s argument are the assumptions they make about values that will resonate with the audience. Especially in competitive college debate, we focus most of our discussion on whether something is good or bad for that shared assumption, ignoring the assumption itself. For example, if debating the impact a policy may have on economic growth, it is often assumed that “growth” itself is an intrinsic good, so it seems natural to focus on if the policy is good/bad for economic growth. The value of growth is a given, unquestioned, and, as such, less well-defended. This overlooks the strategic potential of questioning the assumption that frames that debate. If we dig in, we may find there are multiple reasons to question the social value of unchecked economic growth, and as such we are able to reframe the debate in a way that shifts the focus to our advantage.

At trial, we often see that taking certain assumptions about juror’s attitudes for granted limits the set of facts attorneys access to persuade them, potentially to the detriment of the defense. The plaintiff’s assumption that jurors will view a negligence case through the lens of corporate responsibility may ignore the counter framing of privacy, individual rights, and worker responsibility, providing the defense an opportunity to seize control of the narrative in a way that surprises plaintiff attorneys. A good first question to ask is this: what assumption(s) is the plaintiff making and are those assumptions we need to attack? Regardless of the answer to that question, don’t create a strategy without at least considering if the values inherent in the plaintiff’s base assumptions are vulnerable.

2. Just say it. Debaters love to talk. One of the struggles for coaches is helping debaters strike a balance between that love of argument and finding the most persuasive version of their argument. A nearly constant refrain in practice is: “What do you needto say to win?” Seems simple enough, but editing is a difficult skill to master. Debates are timed, so it’s vital that arguments maintain nuance and depth, while packaged in terms that can be easily understood and applied when judges are making their decisions at the end of a debate. This means trimming the fat, limiting the flourish, and boiling an argument down to its persuasive essence. A debate can be lost because too many words were said.

It’s no secret why this happens. All of us tend to become ego invested in our arguments. The time, research, and intellectual energy put into creating a winning position can be both exciting and exhausting. We want the audience to know everything we know, and in doing so we give jurors too much to consider, too many avenues for distractions, or facts to recall, resulting in an unpredictable outcome. For attorneys, it’s equally important not to let intellectual investment get in the way of providing jurors with the simplest, most concise, and persuasive version of your argument. Jurors have limited bandwidth and can be easily sidetracked during deliberations if they lack the tools to counter motivated jurors for the other side. As such, it’s vital that your argument arms your advocates on the jury with the key tools to fight for a verdict in your client’s favor in deliberations.

3. Practice. The very best know debates are won before the debate begins. All the research and motivation in the world will be for naught if you haven’t put in the grind to make sure your ideas play out in the debate the way you think they will on paper. A tendency to want to speak “off the cuff,” or an over confidence that you know the material so well that practice isn’t necessary, can spell defeat. Game day is always different than practice, but quality practice allows you to react to surprises when they do arise. No amount of preparation on paper can replace the process of speaking your arguments aloud and inviting critique. We tell debaters: I don’t want to hear your first try, I want to hear your fifth. In other words, practice your practices, so when the time comes little is left to chance.

I recognize telling attorneys they need to practice might be a little off-putting, or invite a “no duh” response. I also recognize that often the time pressures of trial mean that finding time to practice a closing, for example, is difficult. Despite all of that, I’m still going to say it: You must find time to practice. Our juror debriefings and feedback from mock trials tell us over and over, jurors hate having their time wasted, and one way they see or feel that their time is wasted is when they see an unprepared, rambling, unnecessarily lengthy presentation – whether that be during voir dire, opening, a witness examination, or closing. Jurors can tell when an attorney isn’t prepared – hasn’t practiced – and it drives them crazy.

Remember that all practices are not created equal. There are specific practice behaviors that maximize value and help guarantee that practice is time well spent and not an unnecessary drain on resources before trial. A few bits of advice on getting the most out of your practice: 1) Limit the number of voices in the room who are providing feedback. Feedback is necessary and helpful, but not when contradictory and overwhelming. Too many voices will most assuredly lead to that.  2) Time yourself, including reading of exhibits, the time for video clips, etc. If the judge has given you 45-minutes, and you haven’t considered those things, then you’ll be cut off just when you’re getting to your rousing conclusion. 3) Practice with a purpose. Practice can be tedious and loses its effectiveness if it doesn’t define goals for improving. Be specific about what you want to improve so that each run through focuses on a couple of measurable changes at a time. 4) Remember: “Just say it.” It’s only through practicing aloud that you’ll hear those places where you wander away from your primary message and find where the organizational structure is off. If you find yourself having to say things like, “I should add…” or “I’ll talk more about this later, but….” then you know something is amiss with your plan. 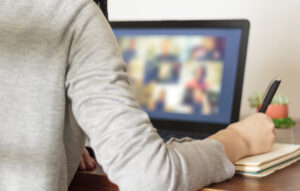 Remote trials represent a new frontier for most attorneys. As courthouses across the country cope with the COVID-19 pandemic, many are offering

A Close Look at the Logistics of Online Mock Trials

In the early months of the pandemic, most of our clients chose to postpone their mock trials and focus groups to later